There is no simple way to approach sexuality within a child-appropriate environment, as everything that has to do with children is a melting pot of opinions, core beliefs, religious views, and evidence-based facts. Furthermore, sexuality is, and unfortunately will remain, a taboo subject for many. And as such, mixing both with this mirriad of variables makes discussing child and teen sexuality a foggy subject, and one prone to controversy.

The purpose of this blog entry however, is to shed light at those evidence-based facts that might help disperse the fog and bring clarity.  It is not meant to be a youth-audience reading, although a guided reading of the article by teens and youth could be beneficial.

Sexuality is often mistaken for sensuality, erotisism, or sexual intercourse, yet it is a simplistic and often missguided way to see sexuality. Sexuality is the manifestation of life forces that guide us towards creation. It plays a dominant role in life and it is a moving energy than could culminate with an encounter with another being.

For the purpose of this entry, let us assume two dimensions of sexuality, the private and the community dimensions. The community refers to all aspect to do with social regulations, and how sexuality permeates communal spaces, from interaction with others to legislation. The private includes the inner aspects of sexuality, the biological aspects, the interpersonal relationships, etc. An excellent example of the differences can be observed in Sex and Gender.

Sex refers to physical or physiological differences between males and females, including both primary sex characteristics (the reproductive system) and secondary characteristics such as height and muscularity. Gender is a term that refers to social or cultural distinctions associated with being male or female. Gender identity is the extent to which one identifies as being either masculine or feminine (Little, 2017)

Another aspect that may fit in the private dimension is sexual preference, were an individual may present preferences or attraction towards a particular sex. Hetero and homosexuals strongly prefer one sex over the other. This is however not restrictive, as preferences tend to be, (Bisexuals) and also non mandatory, as some individuals may no present attraction towards any sex (Asexuals). Now, aspects become more complex because, as mentioned above, it is not just a physical aspect of attraction but it may be a romantic, or intellectual, or an aesthetical attraction. Each has been classified and named in the past decade or so bringing within itself the complexity of trying to categorize human differences.

In 1948, Kinsey proposed on of the first treaties in sexuality in his book  “Sexual Behaviour of the Human Male”. And even though at the time it was regarded as scandalous by some and innovative by others, it is now the scientific bases of sexual research. In it, Kinsey proposes a serious withdrawal from the dichotomous idea of sexual preferences and more of a continuum, where a broader range of possibilities exists. The broader concept is now widely accepted as the way forward, no only in sexual preferences but as mentioned before, in sexuality in general. 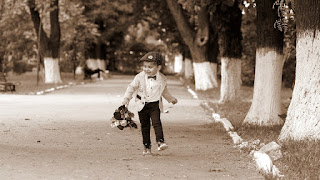 Both private and communal dimensions of sexuality tend to mix without much thought to the matter, and there is nothing inherently wrong about doing to. For example, in art, we usually observe the many aspects of the artists sexuality presented towards a communal audiences. And in private, an individual might find themself restricted to share aspects of their sexuality due to a community’s legal sayings. Nude artwork, usually depicting female bodies, is a staple of many galleries and renowned museums. Erotic art and pornography are specifically designed to generate arousal. Local legislation may allow certain manifestation of sexuality but punishes others.

There is no intent to discussing the value or lack of it of the mixture of both dimension. But we can propose a tint for a more diverse looking glass to assist in the personal development of postures. Modern psychology proposes the idea of not right or wrong, but of functionality, both of an individual ownself and a community. Is an aspect of sexuality harmful to and individual, or to a society? Is this aspect harming the individual and its community? Evidence based answers should be used, and opinions avoided as much as possible.